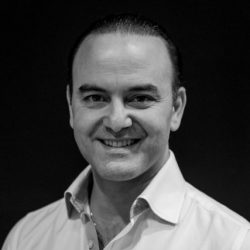 Zaki is a highly experienced and respected implant and cosmetic dentist. He is a Past President of the British Academy of Cosmetic Dentistry and currently sits on the Board of Directors of the Association of Dental Implantology. He lectures nationally and internationally on all aspects of cosmetic dentistry with a special interest in dental implants, where he has achieved a Masters Degree from Guy’s Hospital in 2001. He also has a Diploma in Sedation, a Diploma in Hypnosis and is a Licenciate of the Faculty of Homeopathy.

Through his expertise in all aspects of tooth whitening, he has been a Key Opinion Leader for Discus Dental and Philips Oral Healthcare for many years and is currently the President of The British Dental Bleaching Society. He has won numerous awards for his work over the years and was judged by his peers as ‘UK Dentist of the Year’ at the Dental Awards and was awarded the prize for Outstanding Contribution to Private Dentistry at The Private Dentistry Awards in London in 2015. He is a Past President of The London Dental Fellowship and has also appeared on Channel 4’s Embarrassing Bodies programme carrying out complex implant treatments.

Zaki works in private practices in the City of London and in Fulham Palace where he runs K2 Dental with his wife Dominique, also a dentist.