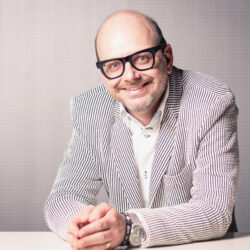 Dr Magne is the Don and Sybil Harrington Foundation Prof. of Esthetic Dentistry in the Division of Restorative Sciences, University of Southern California, Herman Ostrow School of Dentistry. He graduated from the University of Geneva Dental School, Switzerland (1989 DMD, 1992 MSc and 2002 PhD). He was a lecturer at the same university beginning in 1989 until 1997 (fixed prosthodontics and occlusion, operative dentistry, and endodontics).

From 1997-1999, he was a Visiting Associate Prof. at the Minnesota Dental Research Center for Biomaterials and Biomechanics, University of Minnesota, School of Dentistry. From 1999-2004 he was a Senior Lecturer in the Division of Fixed Prosthodontics and Occlusion at the University of Geneva Dental School until he was recruited to the University of Southern California in 2004.

Dr Magne is a recipient of multiple awards (Swiss Science Foundation, Swiss Foundation for Medical-Biological Grants, 2002 Young Investigator Award from the International Association for Dental Research, 2007 and 2009 Judson C. Hickey Scientific Writing Award of the Journal of Prosthetic Dentistry). He is also the author of numerous articles on esthetics and adhesive dentistry and is an internationally known mentor and lecturer. Dr. Magne authored the book Bonded Porcelain Restorations in the Anterior Dentition – A Biomimetic Approach which has been translated into twelve languages.

He is a founding member of the Academy of Biomimetic Dentistry and a mentor of the Bio-Emulation think-tank group. In 2012, he launched a revolutionary approach to the teaching of Dental Morphology, Function and Esthetics (the 2D/3D/4D approach) for freshman students at the Herman Ostrow School of Dentistry of USC.